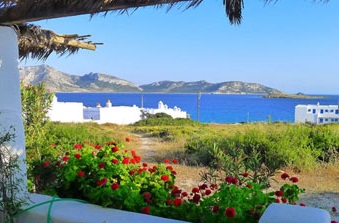 Try one of these bargain breaks for activities, rural retreats or exploration.

A new long-distance hiking trail taking in some of Provence’s overlooked rural and urban landscapes launches in March. The Grande Randonnée GR2013 has been mapped by a group of artists, writers and architects to mark Marseille’s stint as European capital of culture. The 224-mile route traces a figure-of eight-through landscapes ranging from the Etoile mountains to industrial Marseille. There’ll be son et lumiere shows, art installations and gourmet picnics along the route throughout the year.

This year, to mark the 100th Tour de France, the race is heading for the first time to Corsica. The island will host the first three stages of Le Tour, starting in Porto-Vecchio on 29 June. Corsican Places has a new charter flight from Heathrow to Figari airport in the south from 19 May, and will be offering free bike carriage on its Stansted–Calvi charters, for fans who want to follow in Wiggo’s wake. The company has also expanded its range of accommodation, seven nights in a two-bedroom apartment in Calvi’s citadel costs from £399pp, including flights and transfers.

Guests would be forgiven for thinkinking they’re on a location shoot somewhere near LA at Glamping Airstream Andalucia, a classic retro caravan with cool contemporary interior. It is set among the peaks of the Sierra de las Nieves, near Alozaina, a tiny white pueblo. Owner Trevor lives nearby and can advise on activities, but it’s a secluded spot, good for a solitary retreat or romantic break, especially with the outdoor hot tub.

Tuscany’s popularity with the posh crowd has scared away many a budget traveller. The solution is to grab some kith, kin or attractive strangers and head for Poppi, a five-bedroom holiday home, which sleeps nine, overlooking the medieval town of Poppi. For culture vultures it is within striking distance of Florence, Arezzo and Cortona but you may prefer to just stay put and drink in the extraordinary views from the enormous lavender-lined terrace.

In summer, Athenians and Italians flock to the Small Cyclades, a sprinkling of 32 tiny islands near Naxos, for its sun-baked beaches, clear water and slow pace of life. Come in June and you’ll see the islands at their sleepy best. Donoussa, Pano Koufonissi, Schinoussa and Iraklia are the most accessible, with ferry connections from Piraeus and Naxos. Koufounissi is the liveliest and boasts some of the best beaches. Accommodation tends to consist of simple pensions and self-catering studios, places such as Michalis Little Houses on Koufonissi (from €45 for a studio for two), a delightful collection of six whitewashed houses. 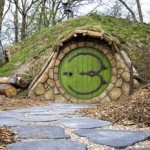 Tolkien fans who just can’t afford – or be bothered – to schlep all the way to New Zealand for a Middle Earth fix should head for Geversduin’s beautiful new Hobbit House.

The cave-like dwelling near the North Holland Dune Reserve has Shire-style round windows and doors, and sleeps four, with bunkbeds carved out of the rock, underfloor heating and ancient Elvish wall inscriptions, making it very hobbitable indeed.

The launch of new flights from Heathrow to Zagreb with BA, Edinburgh to Dubrovnik with easyJet, Liverpool to Zadar with Ryanair, and Leeds to Pula with Jet2, will make Croatia more accessible than ever. Many of the newer hotels are at the bling end of the spectrum, but a burgeoning B&B scene is giving budget travellers some attractive alternatives – places such as the quirky Studio Kairos, which opened in the old town of Zagreb at the end of last year with just four themed rooms, friendly communal lounge and bike hire, and rooms from €48 a night.

Experts are predicting spectacular displays this winter, with the solar cycle reaching its 11-year peak. Trips to Lapland can be very expensive but Iceland offers a good-value alternative with a decent chance of spotting some aurora activity. A three-night winter self-drive trip with Discover the World costs from £335pp, with accommodation at the ranch-style Hotel Ranga, in the south of the island. Spend days exploring the natural attractions of the Golden Circle and evenings aurora-spotting in the outdoor hot tub.

Choose from safari tents, bell tents or a wooden cabin at Senses Camping, a family-run campsite set in the stunning Serra da Estrela nature reserve. The owners grow their own organic vegetables to serve in the restaurant, and guests can join sand sculpture workshops, go horseriding or take yoga classes three days a week for €10pp, as well as heading off for hikes in the mountains.

A new Motorail service to Koper, an attractive port on Slovenia’s Istrian coast, launches with a weekly overnight outbound service from Calais on 5 July, with the last inward train returning on 31 August. Start a holiday exploring the Balkans by hopping off here in much less time than it would take to drive. Drivers could enjoy the beautiful medieval town of Piran, 20 minutes’ drive away, before heading east for Ljubljana, the Julian Alps and Hungary, or south for Croatia and Bosnia.

A brand new self-guided walking holiday for 2013 takes in two fine abbeys – Poblet and Escaladei. The route follows hill paths made by monks and takes in the medieval towns of Montblanc and Prades, and Montsant, the holy mountain. The cloistered clerics enjoy the odd tipple, so it’s only right that the walk ends in Priorat, wine country beloved of connoisseurs.

There can’t be many Unesco world heritage sites on the continent that give as much eureka for their euro as Mont St Michel – or that charge such rip-off prices for accommodation. But stay at the nearby Au Bon Accueil B&B-cum-hostel and they’ll shuttle you there for free (or you can borrow one of their bikes and pedal out).

One of Europe’s great unsung hotspots for wildlife, the Estonian countryside boasts pygmy owls, black storks and the wonderful Steller’s eider. If birdwatching is not your thing, mix and match some brown bear or raccoon dog tracking, an elk and wild boar safari, a beaver boat trip and, brilliantly, an expedition to watch flying squirrels.

The Portuguese capital’s often overlooked “back garden” is a veritable cauldron of tasty cultural pickings. Follow a new “Palaces of Sintra” trail from Cascais to Sintra, whose extravagant palaces, mansions and castles include the wonderful Pena National Palace and the sumptuous gardens of Quinta da Regaleira. Hotels along the way include Lawrence’s, the second oldest on the planet.

Tour France in style in one of a new fleet of five classic customised VW campervans, called WeDubYou, available for rental in south-west France. The five vans have been newly painted and come with an iPad preloaded with movies, plus stylish tableware and awnings. Going by the names Pucci, Jardi, Fleur, Hippy and, er, Gary, the vans can be delivered to a choice of regional airports, including Bergerac and Limoges (both served by several airlines from the UK), making for easy tours of the Dordogne, the Atlantic coast or the Mediterranean coast. Book before 31 January and there’s 30% off if you mention the Guardian, so if you pick up a van in Bergerac, seven nights will cost from £262 (normal price £375) in low season or £486 (normal price £695) in high season. And you can upgrade the holiday package to get your fridge stocked, chilled champagne on arrival, electric bikes and one night with dinner at a top campsite on the first night.

It’s an extraordinary thought that just south of Stockholm lies an archipelago of no fewer than 24,000 islands. Wisely, this trip doesn’t try to visit them all, but combines self-guided hiking on the best of them –Utö and Fjärdlång – with visits to nature reserves and relaxing boat trips through this maze of tiny isles.

The Astoria Hotel at Malcesine on Lake Garda is a chirpy little hotel with a pool, flower-filled gardens and simple rooms. Until 31 January Thomas Cook has 10% off all holidays, so a week at this place half-board costs £496pp departing Southampton to Verona (a new route for the operator this spring) on 1 June (lowest priced date). The company is also offering excursions to see an opera in Verona from £60pp including return coach transfers, if pre-booked.

Eurostar is launching new trains to Provence this spring, with a trial scenic route stopping at Lyon, Avignon (to which it already runs a direct service) and then Aix-en-Provence, running every Saturday from 4 May to 29 June. Sawdays has a cute, well-decorated pied-a-terre for two in Aix-en-Provence, Saporta, from €100 a night.

Le Marquisat, a glamping site in the Midi-Pyrénées, has added a new four-person tipi alongside its yurt and Gypsy wagon. This isolated holiday retreat is set in the beautiful French countryside but handy for sights and transport links in Toulouse.

At Sakli Göl Evleri, 40 miles inland from the coastal resort of Antalya on the Turkish Riviera, there’s a choice of seven luxury tent houses and five bungalows, each in its own secluded spot in a pine forest overlooking Lake Karacaören. Three of the tent houses have Jacuzzis, all have sofas, minibars and aircon. Activities from fishing, boat tours and canoeing to hiking and cycling are available, and historic sites are within reach.

Read more in The Guardian