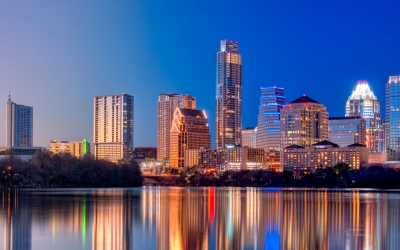 Austin is the capital of Texas and the seat of Travis County.

Americans are well aware that this is Texas’s coolest city, but a few happenings this year will help put Austin on the map for international travellers, too. British Airways now flies there non-stop from Heathrow five days a week; Terence Malick’s as-yet-untitled new project features the city along with an epic cast (including Ryan Gosling and Natalie Portman); and hoteliers are cottoning on to its appeal: Austin-based healthy eating chain Whole Foods is planning its first health resort, and Mexico’s hip Habita hotel group has its own impending opening.