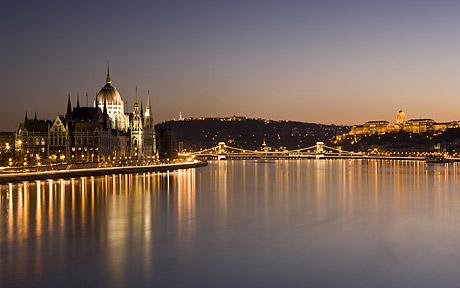 The Grand Budapest Hotel was mostly filmed in Gorlitz in eastern Germany. But its pastel hues may whet your appetite for a central Europe escapade. And Budapest is still the best-value European city for a mini break according to a recent report by the Post Office.

Budapest, capital of Hungary, is the pearl of the Danube and a constantly changing metropolis. Hungary was once a kingdom but then came the Turks, who were followed by the Habsburgs and Maria Theresia who became ‘Queen of Hungary’.

The historic centre of Budapest is dominated by its noble castle that towers above the banks of the Danube. A 100 metre long cable railway that dates back to 1870 is both a practical and fascinating way to ascend the hill to the castle. Each day, the area around the castle, the Fischerbastel, that has never played a military role, attracts large numbers of tourists.

Margareten Island is set amid the Danube and is Budapest’s vast entertainment area. It was at its most colorful during the Romantic period of the 18th and 19th centuries when it was a meeting place for poets, philosophers and artists. A small hotel was built for its creative community and it became an island of artists and dreamers.

In the area of the city called Pest, there is a splendid building with a mighty cupola, The Parliament, the city’s main landmark and an important part of Hungary’s historic past. In 1867, Buda and Pest were acknowledged by the Emperor as the seat of the Hungarian government with its own parliament. The building resembles London’s Houses of Parliament.

Hungary is a fusion of two different cultural regions as indicated by its architecture and lifestyle and it is very much where the order of the Occident unites with the calmness of the Orient.

Renaissance and art-nouveau architecture provides a romantic backdrop to an increasingly hip destination; the newly opened Baltazar Hotel, with rooms by cutting-edge designers, is just one example, while the eighth district continues to flourish, with galleries and laid-back cafes.