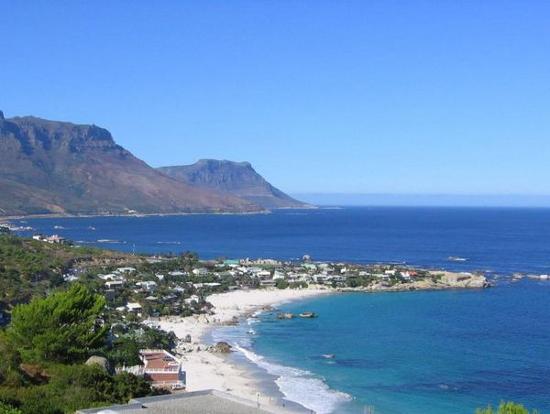 Cape Town is not only the most popular international tourist destination in South Africa, but Africa as a whole. This is due to its good climate, natural setting, and well-developed infrastructure.
Following in the footsteps of Helsinki and Seoul, Cape Town has been elected World Design Capital 2014, giving it the opportunity to showcase about 450 innovation projects. The city has also got what is being billed as the world’s coolest cafe – ‘Truth’ that draws on a Victorian steam-punk theme.

The city has several well-known natural features that attract tourists, most notably Table Mountain, which forms a large part of the Table Mountain
National Park and is the back end of the City Bowl. Reaching the top of the mountain can be achieved either by hiking up, or by taking the Table Mountain Cableway. Cape Point is recognised as the dramatic headland at the end of the Cape Peninsula. Many tourists also drive along Chapman’s Peak Drive, a narrow road that links Noordhoek with Hout Bay, for the views of the Atlantic Ocean and nearby mountains. It is possible to either drive or hike up Signal Hill for closer views of the City Bowl and Table Mountain.

Many tourists also visit Cape Town’s beaches, which are popular with local residents.Due to the city’s unique geography, it is possible to visit several different beaches in the same day, each with a different setting and atmosphere. Though the Cape’s water ranges from cold to mild, the difference between the two sides of the city is dramatic.