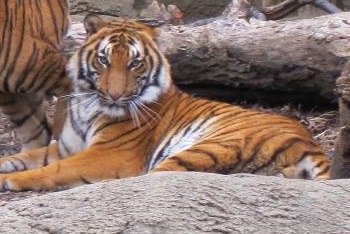 The Cincinnati Zoo and Botanical Garden is one of the oldest zoos in the United States and is located in the Cincinnati neighbourhood of Avondale.
It was founded on 65.4 acres (26.5 ha) in the middle of the city, and since then it has acquired some of the surrounding blocks and several reserves in Cincinnati’s outer suburbs.

The Cincinnati Zoo opened in 1875, just 14 months after the Philadelphia Zoo on July 1, 1874.
The Reptile House is the oldest zoo building in the United States, dating from 1875. The zoo conducts breeding programs, and was the first to successfully breed California Sea Lions.