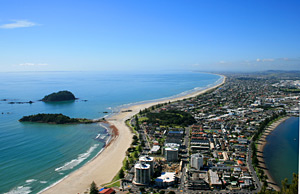 If you’re looking to cruise to an entirely new region or even just to try out a few different ports on a favourite itinerary, find out which cruise destinations are hot this year.

Cruising in Europe includes numerous itinerary choices around the Mediterranean, Baltic Sea, Norwegian Fjords, Black Sea, North Sea and Atlantic, along with inland waterways such as the Rhine, Seine, Danube, Rhone and Duoro. 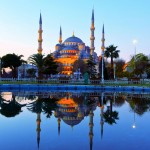 Its blend of contemporary art and culture with a vibrant culinary scene and more traditional marquee mosques and markets beckons tourists again and again.

An expedition ship adds an exciting twist to Hawaii sailings and new riverboats are added to the mighty Mississippi, new options offer everything from beaches to comfort food via itineraries that showcase two vastly different American cultures. 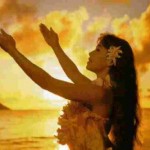 For beach-lovers, Hawaii cruises offer a Caribbean alternative with a different feel. American Safari Cruises’ Safari Explorer, carries only 36 passengers and focuses on nature, culture and what there is to see and do on the islands, rather than what’s onboard. Norwegian Cruise Line’s, Pride of America, will receive refurbishments in the first part of the year. Both ships are registered in the United States so they can spend their time sailing around the Hawaiian islands, which means fewer sea days for passengers and more time in port. 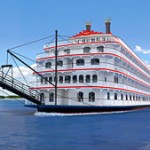 With two ships introduced to ply the waters of the Mississippi last year, American riverboating will probably rise in popularity in 2013. Cruisers can expect southern cuisine, calliope music and enough river lore to captivate even the most discerning history buff.

They can call on ports up and down the Mississippi River, including New Orleans, Pittsburgh, Louisville, Cincinnati, St. Louis and Memphis.

Egypt, Morocco and Tunisia have become popular destinations for cruise travellers however intriguing cities such as Cape Town require longer voyages with lots of sea days, which put them out of reach for many. 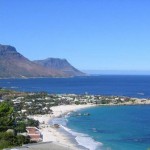 The Caribbean is surprisingly vast, with ports of call from eco-oriented and historic to beachy and retail-friendly. 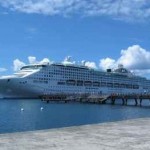 Martinique has a blend of attractions that include fantastic beaches on the southern end, a rain forest and volcano (with black-sand beaches) on the northern end, and the cosmopolitan city of Fort-de-France, which feels as French as it does Caribbean, in the middle.

Cruise lines are deploying a record number of ships, including newer and bigger models (such as Celebrity Solstice, Holland America’s Oosterdam, and Royal Caribbean’s Voyager of the Seas). More ships mean a greater choice of itineraries, more contemporary amenities such as balconies and a variety of dining options, and a better chance to get a good deal. 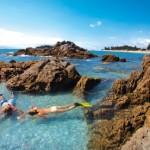 New Zealand’s Tauranga, on the North Island, is a great jumping-off spot for one of the world’s most idyllic (and confounding) tourist attractions: Hobbiton, the whimsical property that has served as the movie set for all of Peter Jackson’s “The Lord of the Rings” and “Hobbit” films. Initially developed in 1999 from about 50 acres of farmland, Hobbiton has been massively refurbished over the past couple of years (most recent addition: The Green Dragon Inn) and is meant to replicate the author’s original vision.

But Tauranga isn’t just a port for Hobbit fans. The city on the Bay of Plenty is also well-situated for visits to Mount Maunganui for nature exploration and surfing, and Rotorua for geothermal activities and Maori culture.

Hong Kong, Shanghai, Singapore and Yokohama (for Tokyo), are well-established cruise destinations, but there are other places that are newly emerging on itineraries. 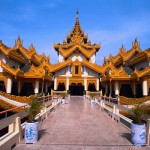 Since Burma, more recently known as Myanmar, has begun to open itself to the world, its appeal as a destination has begun to grow. Known for its grand temples and shrines, two popular options are available for cruisers. Bigger ships dock about an hour or so outside the main city of Rangoon (Yangon) and often feature multiday stays. River cruise lines, with their smaller ships, use Rangoon to begin more in-depth touring of towns and villages along the Irrawaddy River.