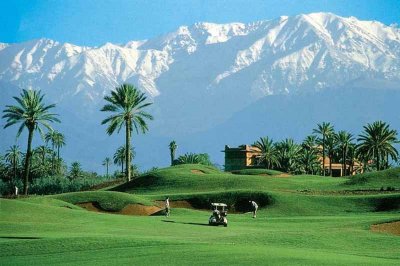 Golfholidays.com confirm that they can now arrange tee times at all of the royal courses in Europe and beyond.

The online golf holiday tour operator has a history of working with the popular royal courses.

The aristocracy, with the exception of Elizabeth I who tried to ban it, have taken to golf since the game began over 600 years ago. And to give their favourite course their thumbs up (or in return for a free green fee or two), Princes and Kings gave permission to add the royal prefix to the name of the golf club. In fact, several courses were created in conjunction with Royal assent or even their money.

Think Royal St Georges or Royal West Norfolk aka Brancaster and Royal AberdeenTraditional pleasure and/or hunting grounds of the well-heeled where they would stay for the summer or autumn and play a regular four-ball.

But what about the European courses with royal approval? Belgium must boast the highest percentage of royal courses with Royal Zoute and Royal Latem near Bruges and Royal Waterloo and Royal Club de Belgique near Waterloo. France, despite its well-known and official anti-Royalist stance, claims Royal Mougins and Spain offers two royal courses around Madrid.

Further afield, Moroccos golf business is backed very heavily by their royal family with Royal Marrakech being the only one with the title but there are at least two others with strong ties to the throne.

All of the above courses are very good and deserve your attention.

For more information please visit: golfholidays.com. They can arrange tee-times at all of the royal courses in Europe and beyond. Even if you’re not a Prince!