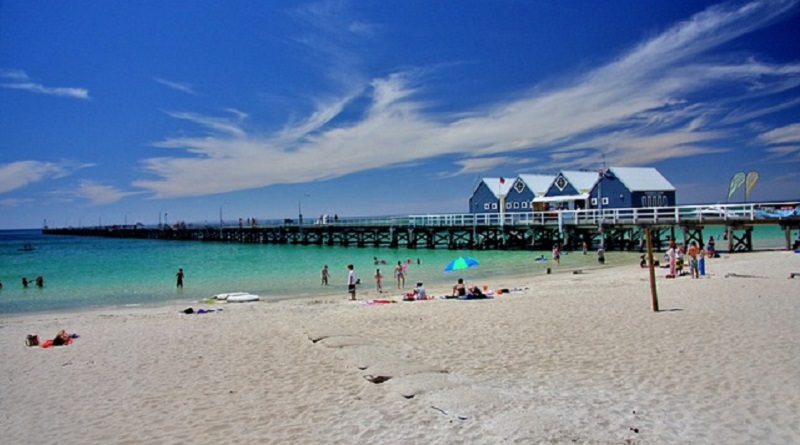 The Margaret River region runs down the Western Australian coastline for over 80 miles, and stretches inland for a further 20. Surrounded by coasts on three sides, and enjoying virtually rain-free summers, as a wine-growing region, Margaret River has been compared to France’s famous Bordeaux region. Cruise from cellar door to cellar door, sampling some of the most exciting Chardonnays, Shirazs and Cabernet Sauvignons on the planet.

Busselton marks the beginning of one of Australia’s most scenic drives, Caves Road, which gets its name from the incredible limestone caves which honeycomb the region. Caves Road winds inland, through picturesque villages and historic timber towns, before arriving at the region’s main settlement, Margaret River. At Margaret River’s northern end is Cape Naturaliste, a headland surrounded by secluded spots, like Bunker Bay, Eagle Bay and Meelup Beach. Between June and December, the lookout points around the lighthouse make this cape a fabulous place to spot whales.

Cape Naturaliste marks the start of one of Australia’s most beautiful walking trails, the Cape to Cape track. The track follows beaches and cliff tops, and strings together many places, which still retain their Aboriginal names. The Margaret River region’s southern end is marked by the Cape Leeuwin Lighthouse, where the waves of the Indian and Southern Oceans meet.