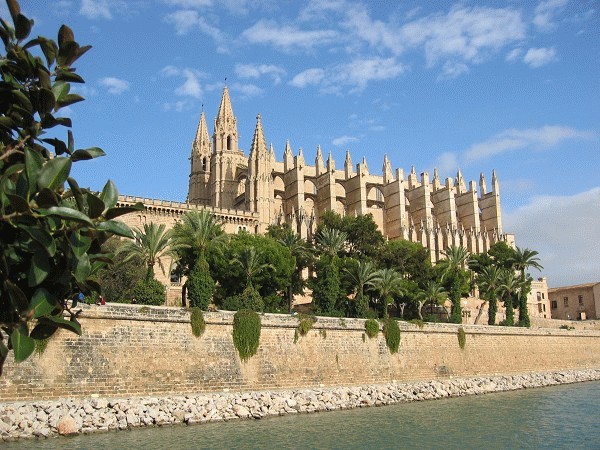 When you walk around the city you get the impression of a former Arab city but the only real permanent reminders are the Banys Àrabs, or the Arab Baths. That part of old Palma also points to a Byzantine past, but very little of that period (pre-8th century) remains mainly due to a lack of documentary evidence, although excavations in the city often bring up artefacts.

Previous to the Arabs and the Byzantines, the Phoenicians inhabited Mallorca and it was the Romans who originally founded the city of Palma as well as Pollentia to the north of the island.
These days Majorca attracts 22 million visitors a year, mainly package holiday tourists who completely miss out the capital of the Island to head straight for their resorts. In doing so they miss the most cultured and historical part of Majorca. The growth of tourism has been so great on the Island of Majorca that 500,000 people now live in Palma making it the 12th biggest Spanish city.