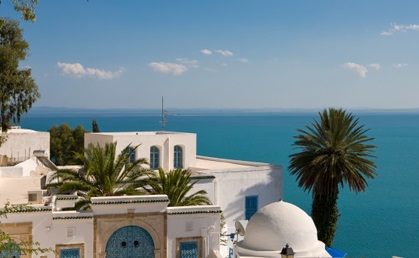 Tunisia is located only a few kilometres away from Sicily, the Roman influence is therefore still very obvious.

In 800BC the Punic Tunis was only a small village in a shadow of Carthage. Today, Tunis is a modern city with 1.2 Million inhabitants.