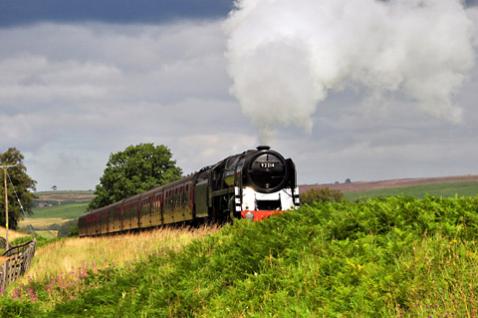 The North York Moors National Park was created in 1952 and is one of the finest landscapes in Britain. It covers 554 square miles and is one of the largest areas of heather mooreland in the United Kingdom. It has miles of stunning heather, towering sea cliffs, secluded beaches and grassy dales, all of which give it a character all of its own. There are over 1,400 miles of footpaths and rights of way available for walkers. But it’s not an empty area. 25,000 people live and work there. 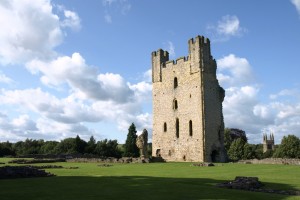 The North York Moors has cool summers and relatively mild winters. As in most parts of Britain, weather conditions vary from day to day as well as from season to season. The winds are predominately westerly bringing with them unsettled and windy weather, particularly in winter. The North York Moors are drained by two river systems. The north is drained by the River Esk and its tributaries, which meets the North Sea at Whitby. The south is drained by the River Derwent which eventually joins up with the River Ouse at Barmby on the Marsh. 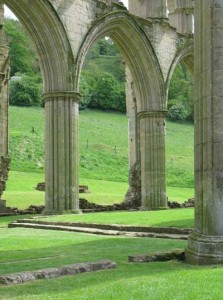 The main factors in the economy of the North York Moors are now tourism and agriculture. Agriculture was the basis of the economy for thousands of years and generations of farmers have shaped the landscape of the area which attracts millions of visitors every year. The main agricultural practice was sheep and the wool that was produced in medieval times was crucial to the prosperity of the region and England generally. Today, sheep and cattle remain the prime source of farm income although making a living from hill farming has become very difficult. Grouse shooting on the heather moors provides an additional source of income. Tourism has become a dominant factor in the local economy and many farms and local pubs provide bed and breakfast and self catering. Camp sites and caravan sites can be found across the region. 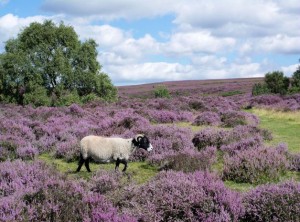 There are Self Catering and Bed and Breakfast properties in many parts of the moors. Many old farmhouses and outbuilding have been sympathetically converted to provide holiday accommodation. However, given the isolated nature of the landscape, the provision of such accommodation is limited and holidays should be booked well in advance to avoid disappointment.