It is difficult to believe that this lively, cosmopolitan city is under constant threat from earthquake, the only rumble being that of the famous cable cars as they travel up and down the city’s hilly roads.

Fisherman’s Wharf, at the northern end of the Embarcadero, is known for great shops and restaurants. Golden Gate Bridge and the island fortress of Alcatraz are easy to get to from here.

Nearby at Pier 39 you can enjoy the best views of San Francisco and visit the sea lion colony. Experience the hustle and bustle of Chinatown, or head to the Haight-Ashbury district, where you’ll find independent record stores, smoke shops and cafes.

This video shows off the best the Bay Area has to offer in food, beer and transport.

Built in 1776, San Francisco’s first stone building, Mission Dolores, still stands today. Led by the Franciscan Padres, the Christianized Indians built a church, in the cemetery of which many of the city’s original settlers were laid to rest.

The Transamerica Pyramid has become the city’s most famous landmark. Earthquake proof, having been built on hydraulic spring foundations, the 260 metre high pyramid structure is situated in the heart of the Financial District. 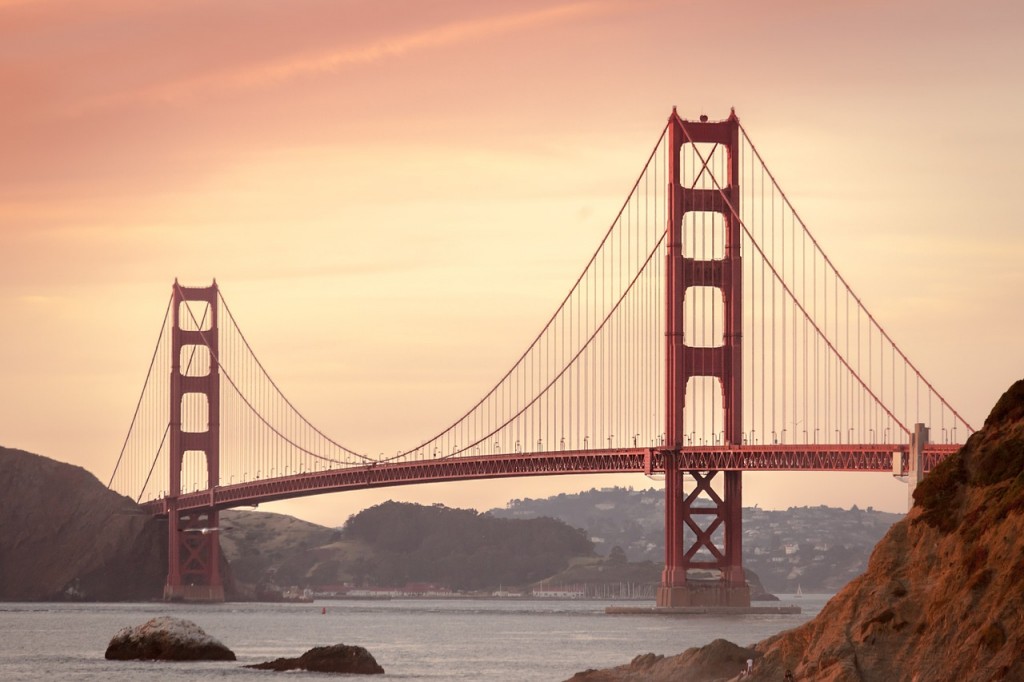 Located between three hills, San Francisco’s Chinatown is the largest Chinese settlement outside Asia with pagodas, colorful bunting, decorated balconies and Chinese characters combining with the sounds and exotic aromas of this fascinating area.

The Painted Ladies are charming Victorian wooden houses situated on the fringe of Alamo Square and the Haas-Lilienthal House is a well-maintained jewel of a bygone era.