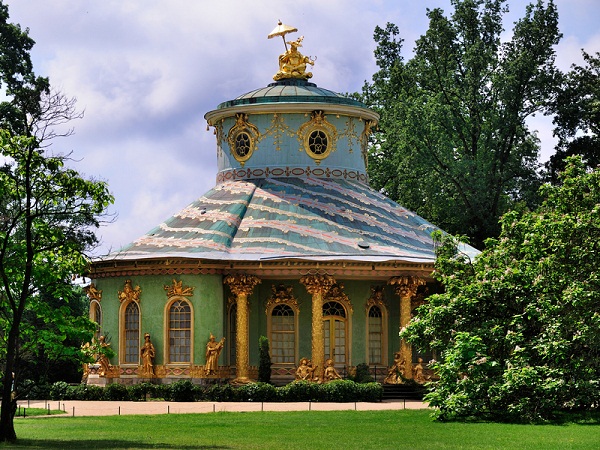 Magnificent buildings and superb gardens – who could ask for more?

Sans Souci is the name of the former summer palace of Frederick the Great, King of Prussia, in Potsdam, near Berlin.

Following the terracing of the vineyard and the completion of the palace, the surroundings were included in the structure. A baroque flower garden with pieces of turf, flower beds, hedges and trees was created. The palace was designed to fulfil King Frederick’s need for a private residence where he could relax away from the pomp and ceremony of the Berlin court. The name Sans Souci translates as “without concerns”, meaning “without worries” or “carefree”, symbolising that the palace was a place for relaxation rather than a seat of power.