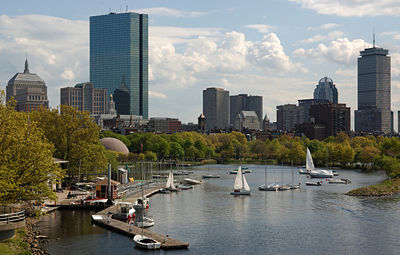 Take a tour of Top 10 Travel Attractions of Boston, Massachusetts – part of the World’s Greatest Attractions series by GeoBeats.

Number ten, Copley Square. Many important buildings with diverse architecture styles are here. This is also the site of the Boston Marathon’s finish line.
Number nine, Boston Public Library. A national historic landmark, it was founded in the middle of the 19th century and was the first public library of its kind.
Number eight, Back Bay. An affluent neighborhood in Boston, take a walk around the neighborhood and enjoy its quaint streets with charming Brownstones.
Number seven, Harvard University. Considered to be the world’s greatest academic institution, you can tour its campus to soak in the wonderful ambiance.
Number six, Trinity Church. Said to be one of the greatest buildings in the country, for a special treat, attend a concert during Christmas season.
Number five, Granary. Part of the Freedom Trail, it was built in 1660. The site is the resting place for many prominent personalities and statesmen.
Number four, Beacon Hill. A famous historical neighborhood of Boston, amidst its well preserved streets, you will feel like you’ve gone back in time.
Number three, Faneuil Hall. Constructed in 1742, it has been an important meeting hall. Today there’s a market that offers many places to eat and shop.
Number two, Massachusetts State Building. Given its gold dome, the state capital can not be missed. It is the seat of the Massachusetts government.
And number one, Boston Common. Starting point for Freedom Trail, dating back to 1634, this central public park is loved by locals as well as visitors.