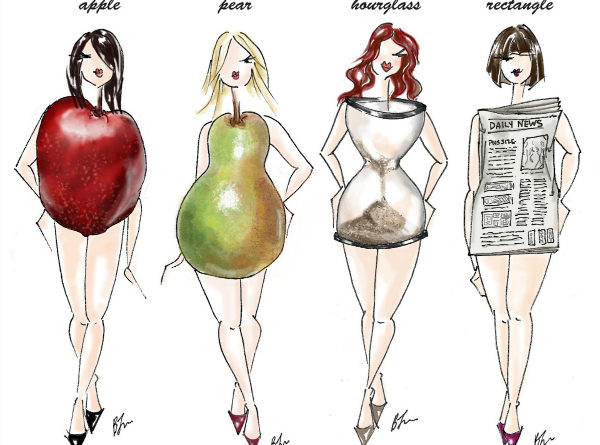 The Body Type Calculator can be used for women to check their body shape based on their BWH (bust, waist, and hip) measurements.
This only calculates the four most common body shapes for women, so your body shape may not be included among these four.
In many Western countries, the “ideal” size for a woman is said to be 36″-24″-36″ (90-60-90 cm).

Click on the link below to calculate your body type.

Hourglass
The hip and bust are almost of equal size, with a narrow waist.

A study of more than 6,000 women conducted at North Carolina State University in 2005 revealed that 46% of women were banana-shaped; just over 20% were pear-shaped; just under 14% were apple-shaped; and only 8% were hourglass-shaped. The hourglass is normally accepted as the “ideal” female shape in Western countries. 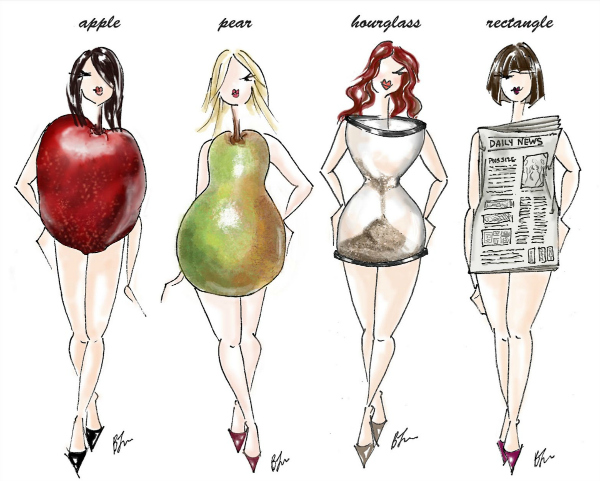 Research suggests that apple-shaped women have the highest risk of heart disease, while hourglass-shaped women have the lowest. Diabetes professionals say that women with a waist measurement of over 80cm (32 inches) have a higher risk of heart disease due to body fat buildup around the waist, which poses a higher health risk than fat buildup at the hips.