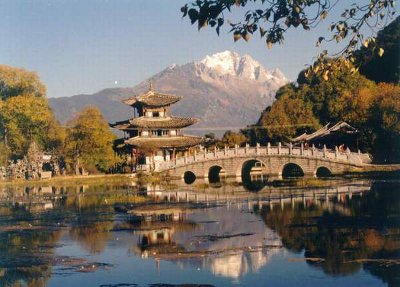 With its dramatic scenery and cultural diversity, the far south-western province of Yunnan is rapidly becoming a favourite with domestic tourists yet remains relatively unknown to foreigners.

Externally, it borders Vietnam, Laos and Burma; internally, it is neighbour to Guizhou, Guangxi, Chongqing, Sichuan and Tibet. It is a land of various ethnic groups, landscapes and natural scenery. It’s not difficult to see the appeal: in contrast to so many other parts of China, the province has managed to stave off smog and factories, instead preserving a pristine countryside dotted with traditional villages and overlooked by the kind of majestic mountainous landscapes that have inspired Chinese poets for centuries. The ancient town of Dali has become a magnet for the nation’s bohemians.

Other highlights include the rice terraces of Yuanyang: these centuries-old paddy fields are home to the Hani people, just one of over 50 recognised minority ethnic groups that call Yunnan home, and each with its own colourful and distinct customs, language and dress. The Yunnan rice terraces are breathtaking at any time, but especially at sunset or sunrise.

Travel with Wendy Wu Tours, which offers a 17-day Yunnan Adventure from £2,690pp including flights, meals and accommodation.