A new guide on website http://www.dailytravelideas.com lists some of the biggest and best Christmas markets in Europe, some of which date back centuries. And they make an ideal destination for shoppers looking for something different for the Christmas stocking.

Germany and Austria have some of the best and anyone wanting the traditional Christmas experience should plan a trip to their medieval towns in the weeks running up to the holiday. Highlights include locally produced food and wine, handmade gifts, wooden toys and beautiful decorations, accompanied by a glass of mulled wine and carols around a market square Christmas tree.

Depending on the town or city, markets open in mid to late November and usually run until just a few days before Christmas Day. 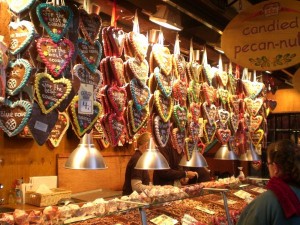 In Germany, you don’t have to travel far to find a Christmas market but rather than heading for the big cities, such as Berlin, Cologne and Nuremberg, why not visit the likes of Hamelin? Home to the Pied Piper of fairy tale fame, the quaint medieval heart of the old town is an attraction all of its own even without the festival retail therapy. The stunning medieval heart of Regensburg is just as beautiful. A UNESCO World Heritage Site, the decorated streets overflow with stalls set up in the streets close to St Peters Cathedral.

Other places in Germany to visit for markets include Baden-Baden, Heidelberg, Augsburg, Wiesbaden, Stuttgart and Bamberg.

In Austria, the capital Vienna leads the way with several dozen different markets selling everything from candles to roast chestnuts and decorations to cakes. In the region of Styria, Graz is known as the Advent capital of Austria as the city hall is turned into a giant Advent calendar in the weeks before Christmas.

Shoppers looking for fancy new tree decorations should head to the market in Salzburg, where some of the best hand-made and colourful ornaments are sold.

Elsewhere in Europe, towns and cities can’t resist a good Christmas market either. Some of the best in France are in the Alsace and Lorraine provinces, which have strong links with Germany. Head for Metz or the beautiful city of Colmar.

A popular market in the Czech Republic is in the town of Pilsen, which is also home to one of the countrys best breweries.

In England, Rochester in Kent celebrates its links with Charles Dickens by putting on a Dickensian-themed market with added entertainment near the remains of the towns castle. Further north, York has some medieval streets that look particularly pretty come Christmas, and a huge Minster if the market stalls lose their shine.

See the full guide to Christmas markets at http://www.dailytravelideas.com.