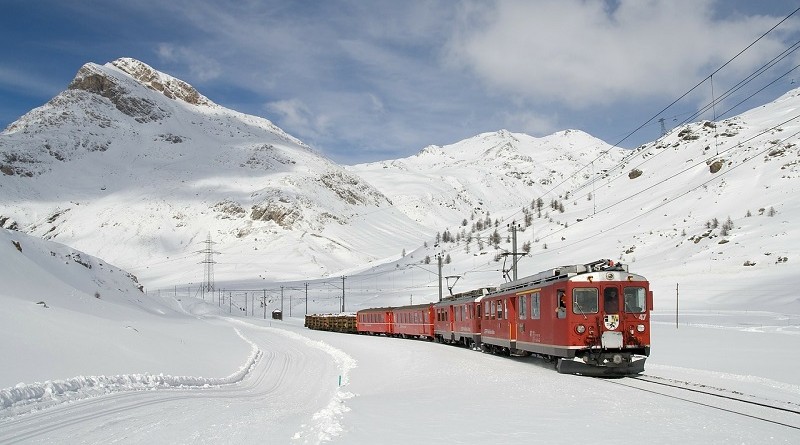 One of the most spectacular ways to cross the Alps, the Bernina Express is the highest and steepest train that runs in Switzerland. This winding mountain railway connects northern and southern Europe without the use of any toothed-wheel mechanism. A particular high-point of the ride is the panoramic view from the Bernina Express, as it passes mighty glaciers. In 2008 two railway lines of the Rhätische Railway gained acceptance to Unesco’s World Heritage. The Albula and Bernina both have one train in common: the Bernina Express. This video follows the top attractions on both lines and briefly shows the main attractions of towns and landscape that contribute to the experience.

The train makes short work of the 55 Tunnels, 196 bridges and slopes of up to 70 millimetres per metre of incline that are found along its route. The physical high-point of the RhB is Ospizio Bernina, at 2,253 metres above sea level.