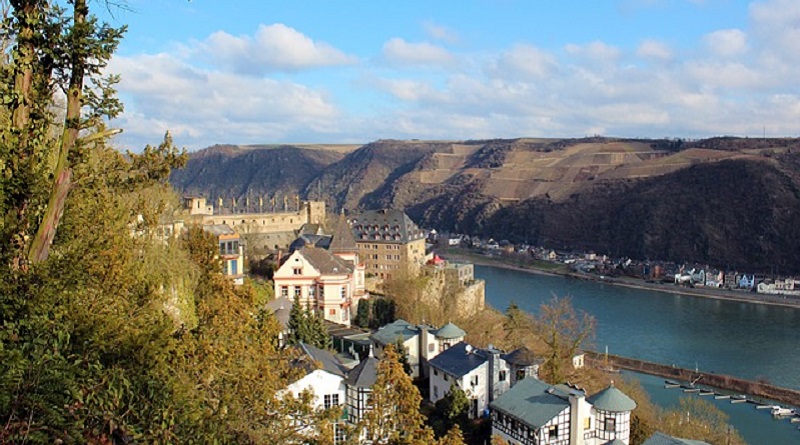 The Middle Rhine Valley reflects the history of Europe. With cultural monuments and cultivated countryside, crowded settlements along narrow banks and various noble castles situated on rocky ledges, it is a reflection of the romantic history of times gone by.

The journey begins in Koblenz, where, in around 1000 A.D. a castle was built on a knoll on the east bank of the Rhine and Castle Ehrenbreitstein gradually developed. Europe’s second largest fortress was given its appearance as we see it today, between 1817 and 1828.