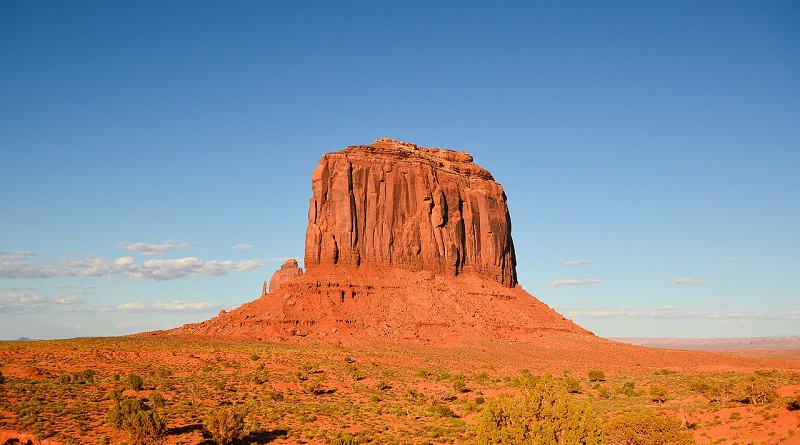 Monument Valley in the northern part of Arizona has become one of the most famous natural landmarks in the United States. The characteristic colour of the terrain is mainly to due to ferrous oxide and Monument Valley’s main feature is the stunning beauty of its various spectacular rock needles and towers.

Monument Valley has spectacular rock formations and has been the location used for dozens of films and television shows.